In 1970 solar research pioneers met at the first International Solar Energy Society (ISES) Conference in Melbourne Australia. ISES is commemorating this Conference with a special 50th Anniversary Virtual Conference and Display called the Solar World Congress at 50 (SWC50) - The Century of Solar.

During these past 50 years solar energy has grown from being emerging technologies to a vibrant industry. The Century of Solar highlights the transformation in the global energy sector that has taken place since the first Solar World Congress in 1970 and looks forward to the next 50 years when solar energy will be a major cornerstone of the global energy system. While the focus is on the evolution of solar energy, the importance of other renewable energy sources working together to reach the 100% renewable energy world goal will be a central theme.

SWC50 - The Century of Solar is about the people: researchers, industry players, policy makers, and leaders of NGOs and non-profit organizations who have all contributed to make solar energy the fastest growing contributor to new electricity capacity.

The Virtual Conference will be a series of six 90-minute panel sessions from 3 – 4 December 2020 plus 2 follow up webinars during 2021.

A virtual museum - the ISES Solar Energy Museum has been launched during the conference in December 2020 and will be a permanent “living” website displaying the growth of solar, the people, companies and institutions involved who made this transforamtion possible.

This celebratory booklet "The Century of Solar - Stories and Visions of Renewable Energy" tells the history of solar in short highlights, and provides a look into the future as well. The highlights, organized by decade, cover solar PV, solar thermal, concentrating solar power, solar architecture, PV in developing countries and ISES itself. The book is available online as well as to download for free here. 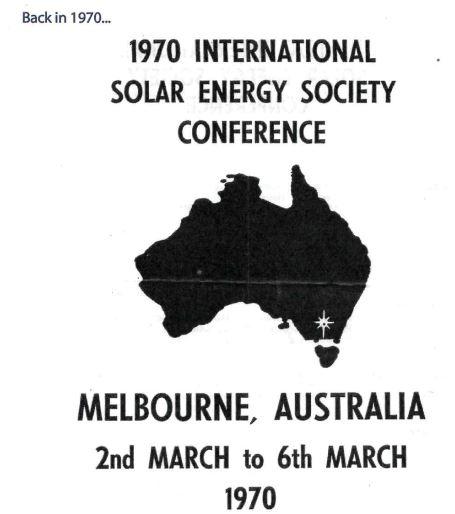 The SWC50 will bring together a global audience from the renewable energy community. Online participants and invited speakers will include scientists and researchers, industry representatives, government and NGO leaders, entrepreneurs, practitioners, and students from around the world.